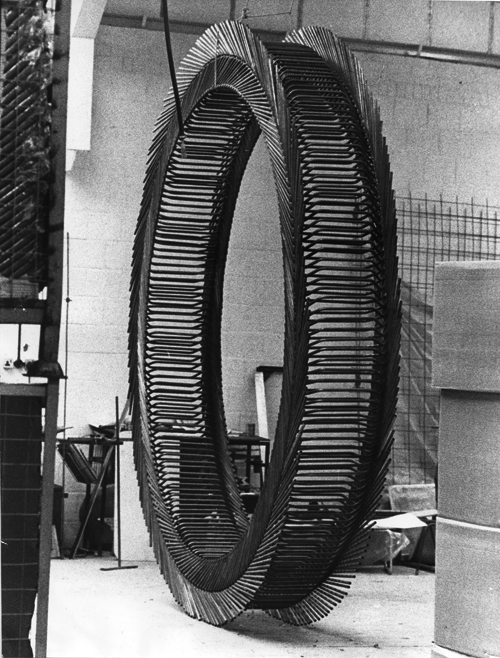 In 1970, Stuart Brisley undertook an artist placement with the Hille furniture company. The placement was facilitated by the Artist Placement Group (A.P.G). The contract for the placement was confirmed for a time period of 1 year after the initial 3 month feasibility study and is described on the placement contracts - and on Brisley’s website - as a ‘fellowship’. The term ‘placement’ was introduced to the A.P.G lexicon later down the line.

The Hille Furniture Company was started in the East End of London in 1906 by Salamon Hille, a Russian emigrant. The company renovated and reproduced eighteenth century furniture. The focus of the business was producing high quality items rather than large volumes. Hille employed skilled craftsmen in their workforce.

During the placement Brisley met the factory manager regularly and reported on what he was doing for the sake of clarity and openness. This didn’t include reporting back what he saw going on, on the factory floor in relation to the workforce. Brisley didn’t see himself as either management or a workforce tool and later said ‘It is no secret at the time that there were clear divisions between managements and the labour forces across British industry, and that features of the British class system were at work together with the characteristics of the basic education system at the time.’

Brisley describes the physical outcomes of the placement:

The wheel was exhibited at the A.P.G exhibition Inno70 at the Hayward Gallery in 1970 and later installed outside the Hille factory itself. The work was remade and exhibited at Modern Art Oxford in 2014. Barbara StevenI - the founder and director of A.P.G - said ‘Stuart realised that he was going to have to make a sculpture or something that the workers and the staff and everyone could actually relate to, because, why wasn’t he making something, why wasn’t he building something?’